Just got word of this new story in Slate, about the release of Normam Mailer films. The 9-minute clip embedded in the story is mesmerizing, and I highly recommend you watch with the sound turned up, as it is often muddled. I don’t quite know what to make of it.
END_OF_DOCUMENT_TOKEN_TO_BE_REPLACED

Here is a not-too-awful print of a rare short film by Sam Peckinpah: his adaptation of Katherine Anne Porter’s short story “Noon Wine.” It aired on ABC’s “Stage ’67” in 1966 and stars Jason Robards, Olivia de Havilland, Theodore Bikel, as well as a couple more Peckinpah stand-bys, Ben Johnson and L.Q. Jones. If you’re a Peckinpah fan, I’d love to hear your thoughts about the film, which Peckinpah made between the ill-fated Major Dundee and his triumph, The Wild Bunch. It so happens that Jerry Fielding (blacklisted in 1953 and did not return until 1961) did the music here, and there are some motifs in the score that will reappear in The Wild Bunch.

Robards is great–just the perfect role for him (he will play a similar character in The Ballad of Cable Hogue. Peckinpah manages to get a pretty good performance out of de Havilland (though I understand his methods were borderline sadistic). Bikel is just on the right side of not too over the top and, although only on screen for about a minute or so, L.Q. Jones is terrific. The swedish actor Per Oscarsson plays the escaped loony Olaf. An odd performance, perhaps not well-suited to a Peckinpah film.

I’ve never seen Peckinpah use so many dissolves and superimpositions. They’re there in The Wild Bunch, certainly, but nothing quite like this–but here he has to tell a long story (really a novella) in just under 50 minutes, so I guess they’re necessary.

Can’t seem to embed the video (Arnab?) so here’s a link.

No wolves or vampires here, just zombies. Do we have a Walking Dead thread? I was wondering if anyone else is a fan. I am, and would like to talk about it. We now do TV, right? Hello?

Okay, I’ll throw this out there: Sarah Wayne Callie is the weakest thing in the series. Her acting is so bad at times it makes me cringe. Here’s a tip, Sarah: when you need to emote powerful feelings, do NOT lift your head up slightly, breathe deeply, and look around wildly EVERY TIME.

Strongest thing in the series: Spike Milligan. He’s my favorite. 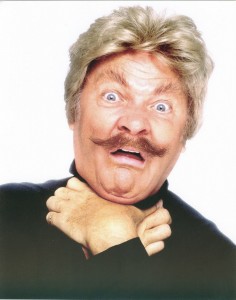 Hands down, one of the great character actors. So many great roles, so many great films. And what a face!

I don’t think anyone has posted on Lars von Trier’s latest film yet, though I see at least one of us has expressed an interest in it. Has anyone seen it? We watched it last night and I’m still not sure what to say about it. I do know that what moved me the most, what I enjoyed most was the wedding reception which makes up Part I, entitled “Justine” who is played by Kirstin Dunst. Justine has just married Michael (Alexander SkarsgÃ¥rd), who is a well-meaning, very likeable, but very boring young man. He’s a bit thick, too. After a splendid opening (I’m not counting the over-indulgent special effects prologue, with nods to 2001: A Space Odyssey and Powaqqatsi) in which we see Justine and Michael trying to get a stretch limo up a very narrow, winding dirt road, we spend the next hour or more at a wedding reception being held at a remote estate owned by Justine’s brother-in-law, John (played by Kiefer Sutherland). END_OF_DOCUMENT_TOKEN_TO_BE_REPLACED

I haven’t found a post on this film, directed by Joe Johnston (The Rocketeer), though I don’t trust our site’s sucky search engine, so maybe I missed this one. I sort of liked this, but it should have been a lot better. That’s a lame caveat I know, but in this case I think I know exactly what would have put this film over the top (right now it’s stalled at “well, okay”).

END_OF_DOCUMENT_TOKEN_TO_BE_REPLACED

Something weird is happening with Netflix. The CEO announced yesterday the division of their DVD mail service and their streaming service. They will be two separate businesses–the DVD mail service will be renamed “Quikster,” and the streaming service will remain as Netflix. This will take place in a couple of weeks. From the Netflix blog: “So we realized that streaming and DVD by mail are becoming two quite different businesses, with very different cost structures, different benefits that need to be marketed differently, and we need to let each grow and operate independently. Itâ€™s hard for me to write this after over 10 years of mailing DVDs with pride, but we think it is necessary and best: In a few weeks, we will rename our DVD by mail service to ‘Qwikster.’ We chose the name Qwikster because it refers to quick delivery. We will keep the name ‘Netflix’ for streaming.”

END_OF_DOCUMENT_TOKEN_TO_BE_REPLACED

I had this Netflix DVD sitting on my living room table for about 3 or 4 days before I got the courage up to watch it. That’s how Todd Solondz’s films affect me, on the whole. I finally watched it last night, and I was surprised at how “light” it was, compared to Storytelling and Palindromes and of course the magnificent Happiness. Yes, this seemed to be “Solondz lite,” even though the film picks up where Happiness, which I think everyone here would agree is a brutally and relentlessly discomforting film, left off. Having said that, I still enjoyed the film. It’s not without its uncomfortable moments; there are a few conversations between Timmy and his mother (the excellent Allison Janney) that are reminiscent of that final, painful conversation between Billy and his pedophile dad at the end of Happiness. END_OF_DOCUMENT_TOKEN_TO_BE_REPLACED

Did You Hear About the Morgans? (2009). What a shittily shitty piece of absolute shite. I could stop there, but I want to say a few words about the film that could have been, the film that might have been a tad better than the one I watched (until I could watch no more, I stopped with about 20 minutes left).

Quick synopsis: Paul Morgan (Hugh Grant) and Meryl Morgan (Sarah Jessica Parker) are husband and wife undergoing a painful separation. He is a lawyer, she is the head of a real estate firm. They have butt-loads of money. Paul wants Meryl back and talks her into a date. Going neither poorly nor well, the date ends uneventfully. But as they say their goodnights, the two witness the murder (holy cow!) of a would-be client of Meryl’s. Having seen the victim, knife in back (really? a knife?), plummet to the sidewalk in front of them, Paul and Meryl look up to the balcony from which the victim fell and there they catch a glimpse of the murderer (who has a scar on his face!). Fearing the murderer will in turn spot them, Paul grabs Meryl and together the two hide behind a truck that happens to be parked in the street near where the victim fell. Get this, the truck suddenly pulls away! That’s right, the driver didn’t see the body land right in front of the truck, nor did the driver hear the body hit the pavement, or Meryl’s rather audible gasp. So, as the truck has pulled away, Paul and Meryl’s cover is blown and the murderer, looking down from the balcony above, spots them. Convincing? Hell yes!
END_OF_DOCUMENT_TOKEN_TO_BE_REPLACED